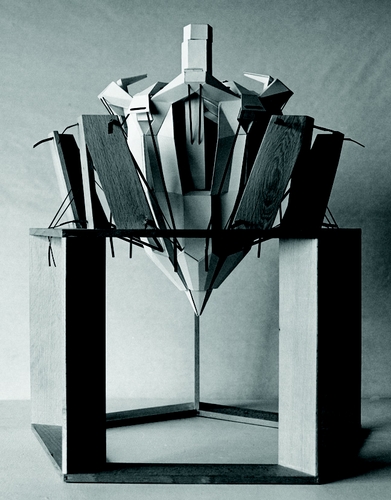 Fig. 1. (A) Aristotle's lantern, shown inside the urchin's test, or shell, a; five auricles, b, form the support structure to which the lantern is attached. The white lines represent some of the muscles connecting the lantern to the shell: protractor muscles c and retractor muscles d contribute to the lantern's opening and closing. (B) Scarpa's hand holding specimens of a shell and lantern, as seen in a 1994 video [35]. (C) Detail of lantern still attached to shell. (D) Front view of Scarpa's original model, circa 1970. (© Pino Trogu. Photos C and D: Giorgio Cireddu.) 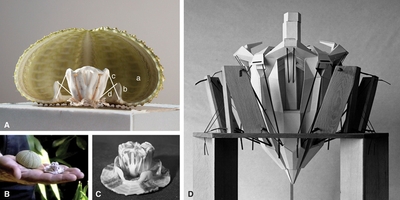 Fig. 2. (A) Upside-down sea urchin, the five teeth visible in the middle. (B) Close-up view of the underside membrane and teeth. (C) Sea urchin's teeth, in closed position, with diagram showing their partial overlap. (© Pino Trogu. Photos B and C: Giorgio Cireddu.)

Fig. 3. (A) In Scarpa's model, pushing down the central prism causes the jaws a to open and the teeth b to slide forward. (B-D) Underside view of the model in various stages of opening. (E) Diagram of system at rest. (F) Downward pressure of prism c causes hinged spoke e to push jaw a laterally, while smaller spoke d pulls string f through a hole in spoke e. The string is attached to tooth b, which moves forward as a result. (G) Replica of prism and jaw system. The compass g and rotula h are visible above the jaw. (H) Lantern's replica in fully opened position. (© Pino Trogu. Photos A-D: Giorgio Cireddu.) 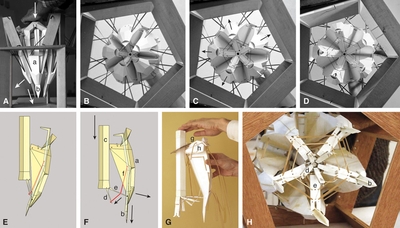 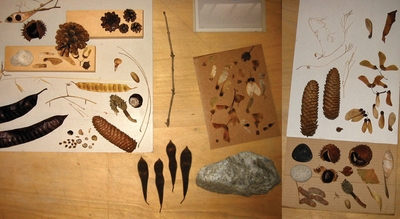 Color plate B. A-C and E-G: Still frames from a video showing the opening and closing of the sea urchin's mouth and of the ground sampler prototype built by Frank et al. [reference 39 in article]. D and H: Side views of the prototype in open and closed position [reference 40]. (© Michael Frank. Illustrations: Michael Frank and Taylor Wirth, courtesy of the University of California, San Diego. Sea urchin photos: Yoshihiro Sawada. Used by permission.)

Abstract: Giorgio Scarpa (1938-2012) was an Italian designer, artist and teacher who worked in bionics, topology and rotational geometry. This article describes Scarpa's bionic model of "Aristotle's Lantern" the mouth of the sea urchin. The technical literature on Echinoidea lacks a detailed study of its remarkable mouth mechanism. Scarpa's model is the only known analysis and physical analogue of the mechanism. It is a striking example of geometrical analysis and craftsmanship, bridging science and art. Built in the early 1970s and described in 1985 in Modelli di Bionica, his model has inspired designs for a biopsy harvester and for a mini-rover to collect soil samples on Mars.